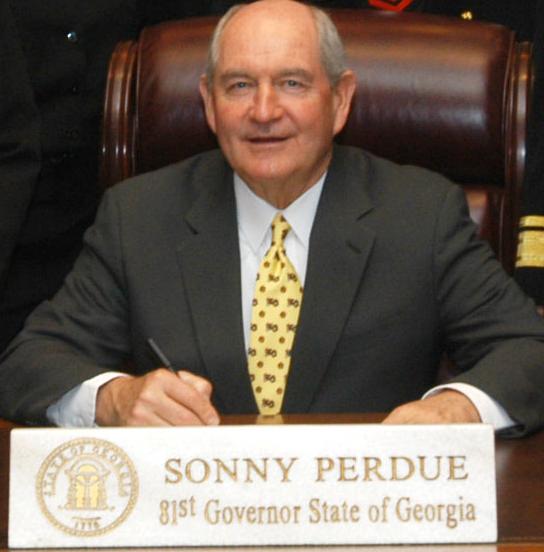 “Gov. Perdue has a lifetime background in agriculture, having grown up on a farm. He has a degree as a veterinarian and has owned many agribusinesses. I think it is encouraging to know we will have someone leading USDA who understands the concerns of the agriculture community,” said Tennessee Farm Bureau President Jeff Aiken.

“As secretary of agriculture, he will be leading about 100,000 people – his experience as governor of the state Georgia gives him the ability to work with many different facets and create policies that will serve everyone well,” said Aiken.

Perdue was born in Perry, Georgia and is a graduate of the University of Georgia College of Veterinary Medicine. He served 10 years in the Georgia Senate before being elected governor in 2002, and easily won re-election in 2006.

“I think it is a great opportunity for southern agriculture to have someone who will be cognizant of the concerns and issues that farmers in the South are facing. In addition, Gov. Perdue has already worked with AFBF President Duvall, which will allow AFBF and USDA to build a coalition to serve our industry,” said Aiken.

This is the last cabinet position President-elect Trump announced, and Aiken said making the right choice was worth the wait, “Most farmers and those with an interest in this appointment had a little concern over waiting so long to get an appointment, but I think we got it right and I think that is more important than being first, is having the right person in the position.”

Perdue’s nomination must be confirmed by the U.S. Senate.