State leaders and citizens celebrated Agriculture Day in Tennessee on Tuesday, March 12 with Ag Day on the Hill. The event coincided with National Agriculture Week and recognized farmers and forestland owners who are dedicated to feeding, building, clothing and fueling our world.

This year’s annual competition spotlighted the role of forestry in Tennessee. Governor Bill Lee kicked things off by competing in the cross-cut saw competition with his partner Tennessee Farm Bureau President Jeff Aiken. Then lawmakers from the Tennessee Senate and House of Representatives tested their skills on the crosscut saw they battled it out in a wood-cutting competition, with the Governor’s team ultimately winning.  The Farm and Forest Families of Tennessee organization presented a check to Second Harvest Food Bank of Middle Tennessee in honor of winners Governor Bill Lee and TFBF President Jeff Aiken.

Farm animals were also on display at the 6th Avenue entrance to the Cordell Hull State Office Building, where passersby could not only pet the animals, but also learn more about all aspects of agriculture across the state.

Agriculture is one of the top industries in Tennessee, contributing more than $81 billion a year to the state’s economy and accounting for more than 351,000 jobs. The state has nearly 66,000 farms representing 10.8 million acres, as well as 14 million acres of forestland. 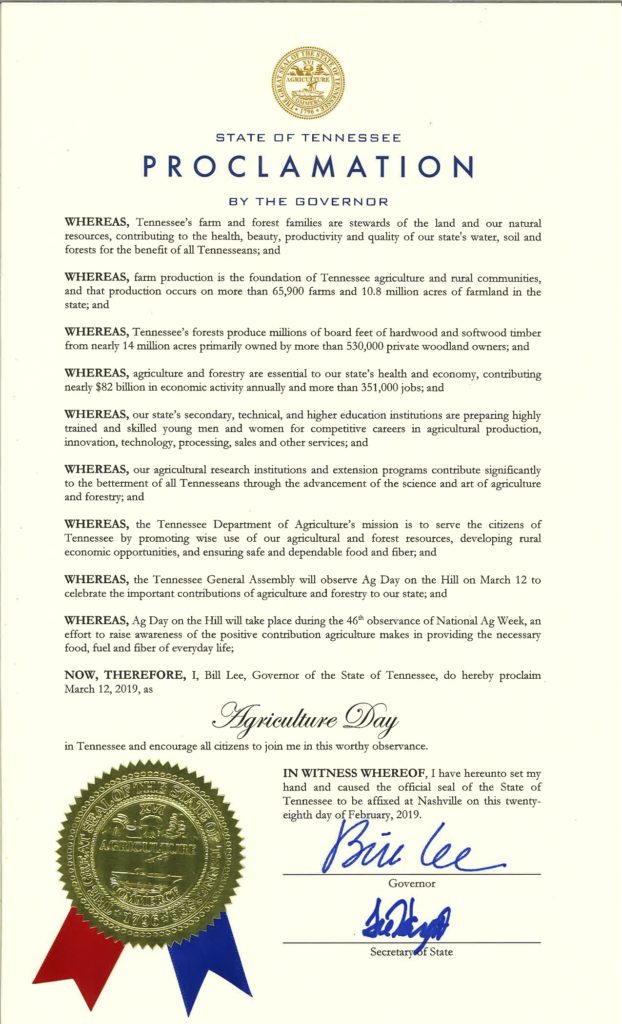