During the Young Farmers & Ranchers Fall Tour, Robertson County’s Robert and Lindsay Elliott were named the state winners of the Excellence in Agriculture Award and will go on to compete in Nashville at the American Farm Bureau Federation’s Convention in January. 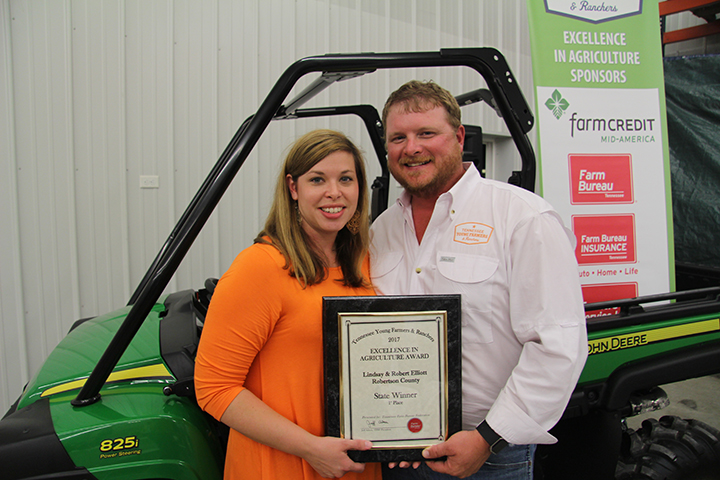 The Excellence in Agriculture Award recognizes young farmers and ranchers who do not derive the majority of their income from an agricultural operation, but who actively contribute and grow through their involvement in agriculture, their leadership ability and participation in Farm Bureau and other organizations.

The Elliotts farm in Robertson County with Robert’s family on a beef cattle, tobacco and row crop operation, with Robert’s primary occupation being the agronomist at Jepson Family Farms and Lindsay is a loan officer for Farm Credit Mid America.

Both Robert and Lindsay have been very active in the Young Farmers and Ranchers program, as well as the Robertson County Farm Bureau and their local community. Both have served on the Tennessee YF&R State Committee, with Robert serving as state chair in 2016.