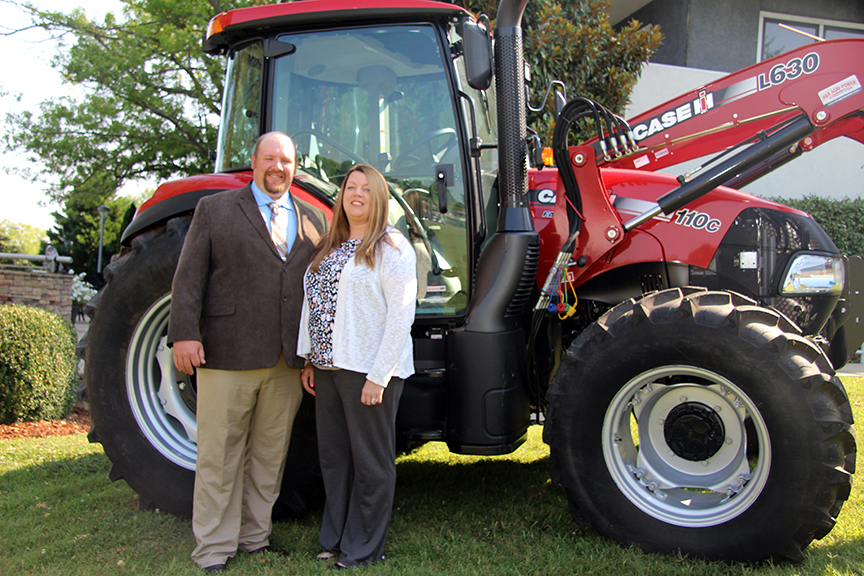 Young Farmer and Achievement Award winners. The results were announced during the Tennessee Young Farmer Summer Conference held at the headquarter offices of the Tennessee Farm Bureau in Columbia, Tenn. The young dairy farmers from the Monroe community competed against 12 other county contestants across the state to be named the state winner and have the opportunity to compete for national honors in January.

Joseph and Rebecca were named this year’s winners based upon farm and financial records from the farm year 2016. They farm in the Monroe community and their herd has more than 200 Holstein cows they milk twice a day. They raise corn, wheat and hay to feed their cows. They have a custom spreading and hauling business for local farmers and recently added laying hens to their operation to sell eggs locally as well.

Both Joseph and Rebecca have been very active in the Young Farmer and Rancher program, as well as the Overton County Farm Bureau and their local community. Both have served on the Tennessee YF&R State Committee, with Joseph even serving as state chair in 2014.