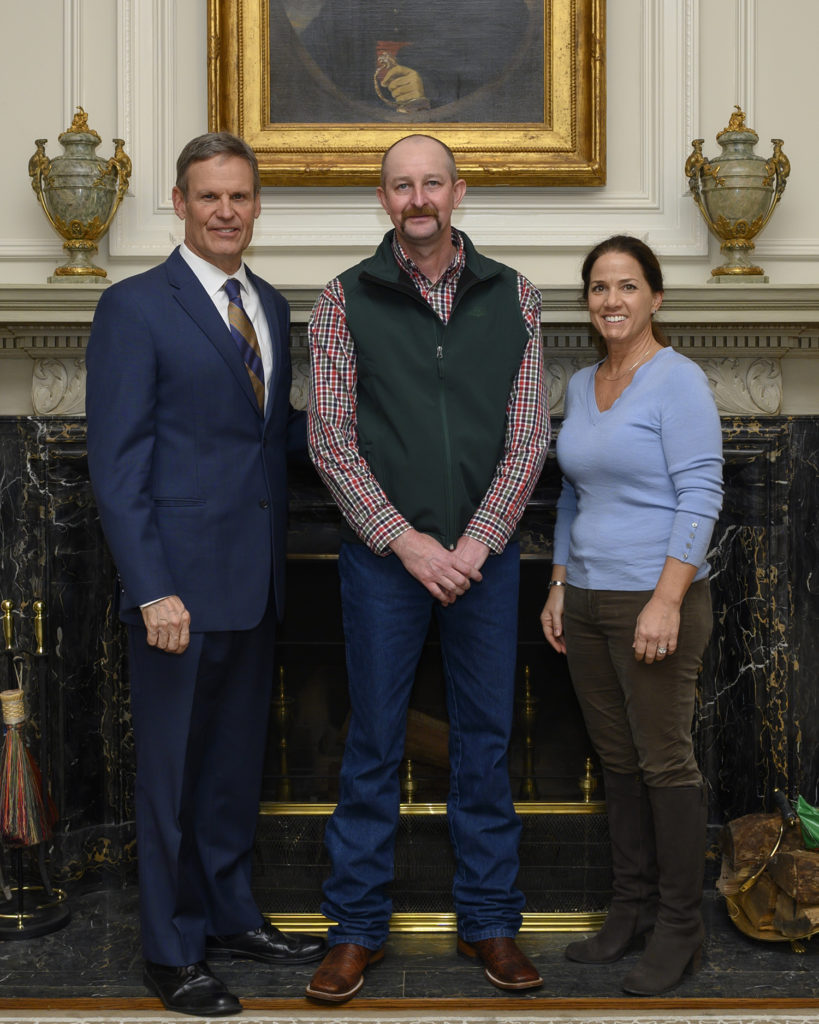 Montooth has worked for the Tennessee Department of Agriculture (TDA) for 12 years. As an animal health technician in the State Veterinarian’s office, he oversees animal health and the well-being of livestock. He has also been a leader in emergency preparedness.

“Wes is highly respected by his fellow staff members and by his customers,” Agriculture Commissioner Charlie Hatcher, D.V.M. said. “In addition to having the expertise and leadership to manage situations, he brings compassion to the role. He consistently steps up and goes beyond what’s required, often during difficult circumstances involving the welfare of livestock.”

Montooth’s volunteer spirit was evident in 2015 when he deployed to Minnesota during the national outbreak of Highly Pathogenic Avian Influenza (HPAI). The team from Tennessee concentrated on poultry surveillance and their work was commended for outstanding performance. Montooth helped to fine-tune TDA’s HPAI emergency response plan, ultimately preparing the state for Tennessee’s own HPAI incident in 2017.

“The people and the animals I work with are all the motivation I need to put forth extra effort,” Montooth said. “I am pleased to be honored by the Governor’s office, yet I feel like I share the recognition with so many of my TDA co-workers. We make a strong team, and we are each committed to the same values and to always providing the best care. We want our work to make a difference.”

Last year, his efforts may have saved a horse’s life. When Montooth and law enforcement officers responded to a livestock welfare complaint, they found an abandoned horse that was starving and dehydrated. Montooth wasted no time in attending to the horse’s immediate needs and helped arrange for long-term housing and care.

“Wes has been a great mentor and leader to other members of our Animal Health team and there is no doubt his work has a positive impact on the welfare of livestock in Tennessee,” State Veterinarian and Assistant Commissioner for Animal Health Dr. Samantha Beaty said. “We value his skill in working with animals, and his willingness to go the extra mile for stakeholders and customers. Wes is a valuable asset to our division as well as the department.”

Winners of the Governor’s Excellence in Service Award are front-line employees who embody their agency’s core values and demonstrate their loyalty to putting stakeholders first.

Montooth resides in Overton County with his wife, Holly, and two teenage sons.