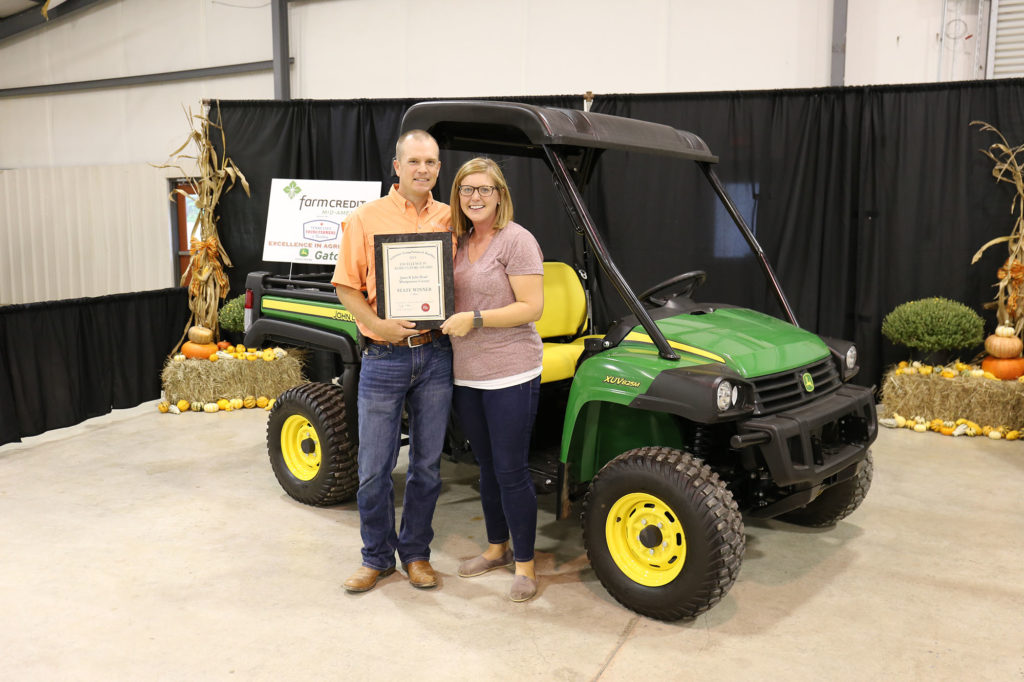 Columbia, TN October 15, 2019 – During the Young Farmers and Ranchers Fall Tour, Montgomery County’s Jason and Julie Head were named the state winners of the Excellence in Agriculture Award and will go on to compete in Austin at the American Farm Bureau Federation Convention in January.

The Excellence in Agriculture Award recognizes young farmers and ranchers who derive the majority of their income for an off-farm occupation, but who actively contribute and grow through their involvement in agriculture, their leadership ability and participation in Farm Bureau and other organizations.

Jason is the General Manager at Long Vue Farms, a 5,500-row crop operation on the Tennessee state line. Julie stays home with their three kids, but stays busy hosting various farm days and field trips on the farm.

Both Jason and Julie have been very active in the Young Farmers and Ranchers program, as well as the Montgomery County Farm Bureau and their local community. In 2016, Jason was selected as the state winner in the Environmental Stewardship Award, and Julie has served on Tennessee YF&R’s State Committee.

As state winners, the Heads receive a John Deere Gator sponsored by Farm Credit Mid-America and a trip to the American Farm Bureau Convention in Austin, courtesy of Tennessee Farm Bureau in January 2020, where they will compete for national honors with other state winners. The national winner will get a 2020 truck and paid registration to the YF&R Leadership Conference in Louisville, Kentucky, and the second place winners will receive a new Case IH tractor.

Josey Miller of Loudon County was selected as this year’s second-place winner. Josey receives a trip to the American Farm Bureau Convention, YF&R Leadership Conference and all other Tennessee YF&R conferences throughout the year.