Farm Bureau has supported country of origin labeling for a variety of agricultural products.  Farm Bureau supported the U.S. Trade Representative’s efforts to defend U.S. law in the World Trade Organization (WTO) case brought by Canada and Mexico.  As a result of the negative decision, Congress acted to remove beef and pork from the Mandatory Country of Origin Labeling (MCOOL) program and preserved the program for other agricultural products.

MCOOL provisions were enacted in the 2002 Farm Bill. After several delays, the final implementation rule took effect on March 16, 2009. The MCOOL rule required most retail food stores to inform consumers about the country of origin of fresh fruits and vegetables, fish, shellfish, peanuts, pecans, macadamia nuts, ginseng, and ground and muscle cuts of beef, pork, lamb, chicken and goat.

The WTO panel in November 2011 concluded some features of U.S. MCOOL discriminated against foreign livestock and were not consistent with the U.S.’s WTO obligations. The United States is required by our trade agreements to follow WTO obligations. The U.S., Canada, and Mexico all appealed the panel’s finding but ultimately the United States was left with a compliance deadline of May 23, 2013. In order to meet the deadline, USDA issued a revised MCOOL rule requiring that labels show where each production step (born, raised, slaughtered) occurred and prohibited the commingling of muscle-cut meat from different origins.

MCOOL Beyond Beef and Pork:

While repealed for muscle cuts of beef and pork and ground beef and pork in 2016, MCOOL remains in place for fresh fruits and vegetables, fish, shellfish, peanuts, pecans, macadamia nuts, ginseng, and ground and muscle cuts of lamb, chicken and goat. Despite the hope MCOOL would make consumers more likely to purchase U.S. produced goods, trade data suggests consumer demand for imported goods remains high. For example, imports of fresh fruits and vegetables were 56% higher in 2019 than 2009, despite the presence of a strong U.S. industry and increasing “buy local” trends. 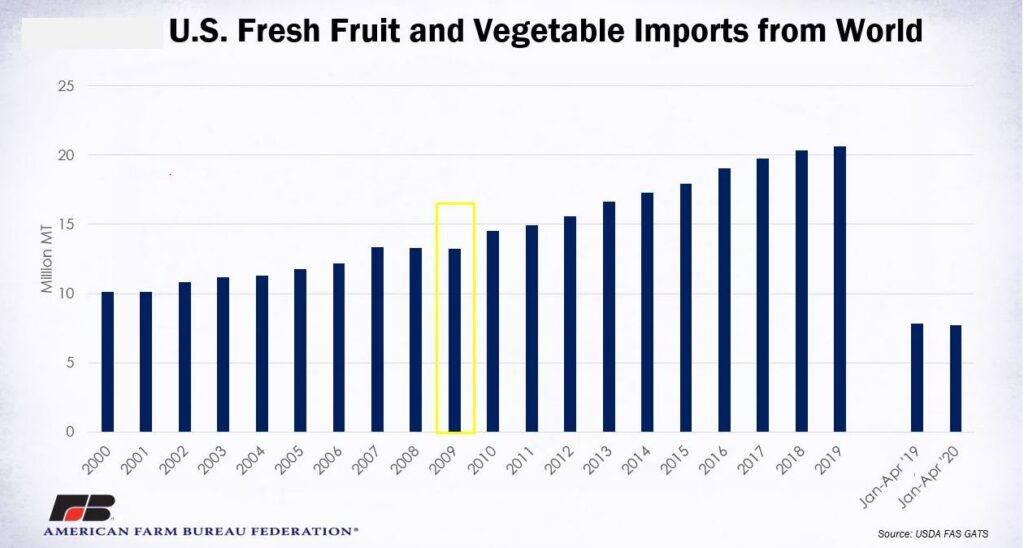 The 2014 Farm Bill required USDA to quantify the market impacts of MCOOL. USDA assigned the research to a team of agricultural economists from Kansas State University and the University of Missouri. The report released in 2015, which can be read by clicking here, found no evidence of meat demand increases for MCOOL-covered products, but found considerable evidence of increased compliance costs. Ultimately, the report found that MCOOL cost the meat industry and consumers billions.

Farm Bureau developed a background paper on this issue which can be found by clicking here.

The above article was adapted from a Market Intel produced by the American Farm Bureau and can be found at this link.