Columbia, Tenn. July 18, 2020 – Dyer County farmer Hunter Grills is Tennessee Farm Bureau’s Outstanding Young Farmer and Rancher Achievement Award winner. The results were announced during the Tennessee Young Farmers Summer Conference held at the headquarters of the Tennessee Farm Bureau in Columbia, Tenn. The young diversified row crop and cattle farmer from Newbern competed against 15 other county contestants across the state to be named the state winner and have the opportunity to compete for national honors in January. 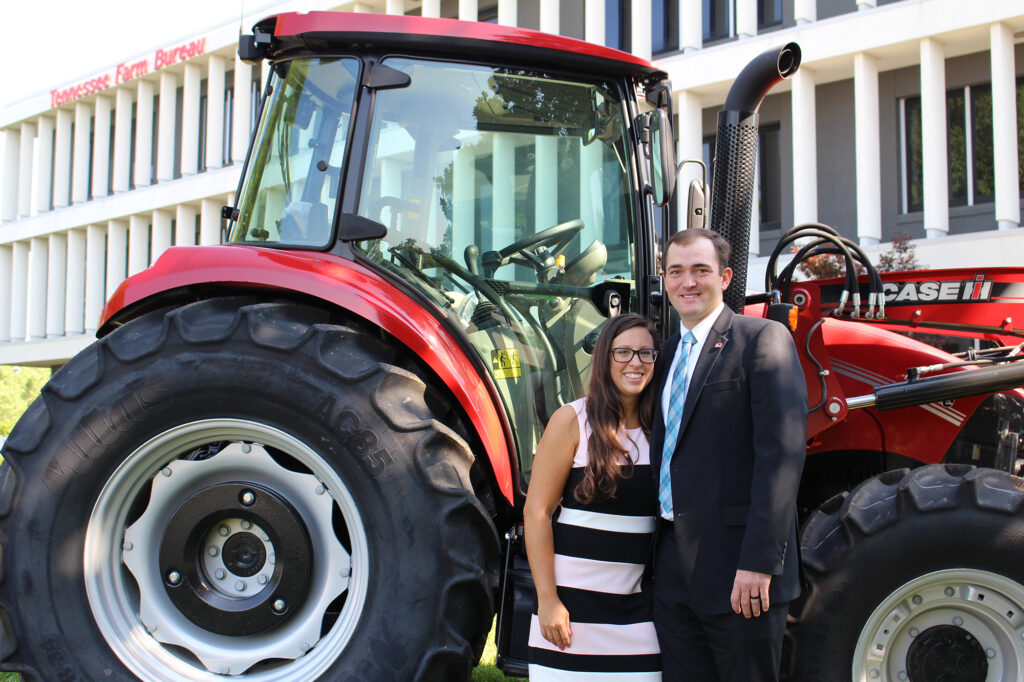 Hunter was named this year’s winner based upon farm and financial records from 2019 as well as his leadership on the farm, in his community and in Farm Bureau. As a ninth generation farmer, Grills farms more than 3,000 acres with his father and two brothers. The family raises corn, soybeans, wheat and triticale, and also a herd of commercial beef cattle. Hunter was also recently married to wife, Laura.

Hunter has been extremely active in the Young Farmer and Rancher program for several years, as well as the Dyer County Farm Bureau, his church, Lenox Baptist Church, and his local community. In 2015, he was the state winner of the Discussion Meet contest and went on to be named as the national runner-up, and in 2018, he served the organization as the Tennessee YF&R State Chairman.

As state winner, Grills receives a year’s free use of a brand-new Case IH tractor up to 150 hours. He also receives $1,000 and a fully-loaded Kubota RTV from Tennessee Farm Bureau, an insurance policy to cover the tractor for one year from Farm Bureau Insurance of Tennessee, $500 in qualified Farm Bureau Services, $500 in services from Farmers Services and a trip to the American Farm Bureau Convention in San Diego, California in January 2021, where he will compete for national honors with other state winners. The national winner will get a 2020 truck, provided courtesy of Southern Farm Bureau Life Insurance and paid registration to the 2020 YF&R Leadership Conference in Portland, Oregon. 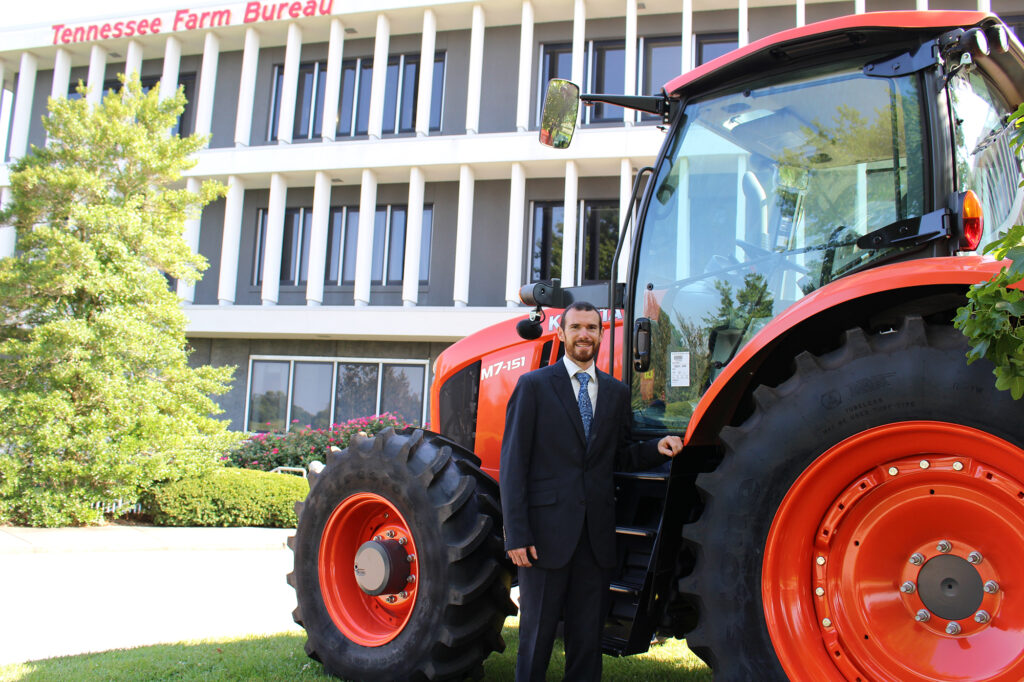 Kary Robinson of Franklin County is the second-place winner in this year’s competition. Kary and his family raise over 3,000 acres of corn, oats, soybeans and wheat, in addition to their beef cattle herd. He and his brother also started their own feed store where they bag and sell their grain. Kary will receive free use of a brand-new Kubota tractor up to 250 hours, as well as the same cash awards from Tennessee Farm Bureau and Service Companies.

The 2020 District Achievement Award winners are: