He met with more than 100 farmers from across the mid-state on the Davidson County farm of Bob Strasser with the message that he was there to listen and address their concerns. Tennessee Farm Bureau President Jeff Aiken welcomed everyone to the farm and Tennessee, saying what a special day it was, “Secretary Perdue has been to Tennessee more times than any other recent secretary, which speaks volumes for his commitment to agriculture, to farmers and to understanding what is actually happening out in the country.” 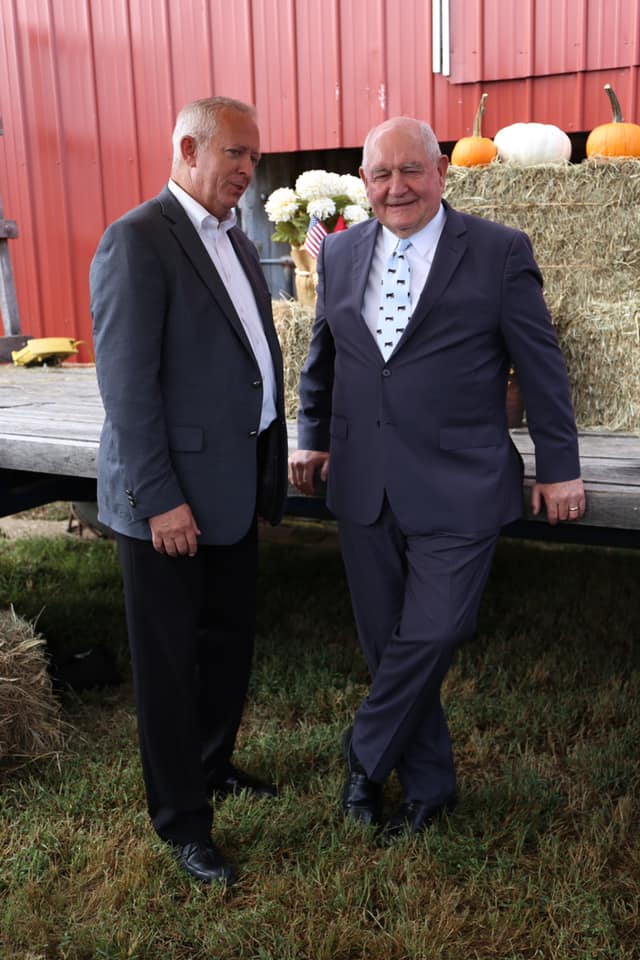 Secretary Perdue gave a brief overview of USDA priorities and highlighted some of the positive changes being made on the federal level, as well as giving a trade update.

“My goal is to advocate for you, the farmers, and understand the challenges you all face in agriculture,” Secretary Perdue said as he addressed the crowd gathered.

“Getting out of D.C. and listening to the farmers is as much a part of my job as bringing back what they say to the President,” said Perdue.