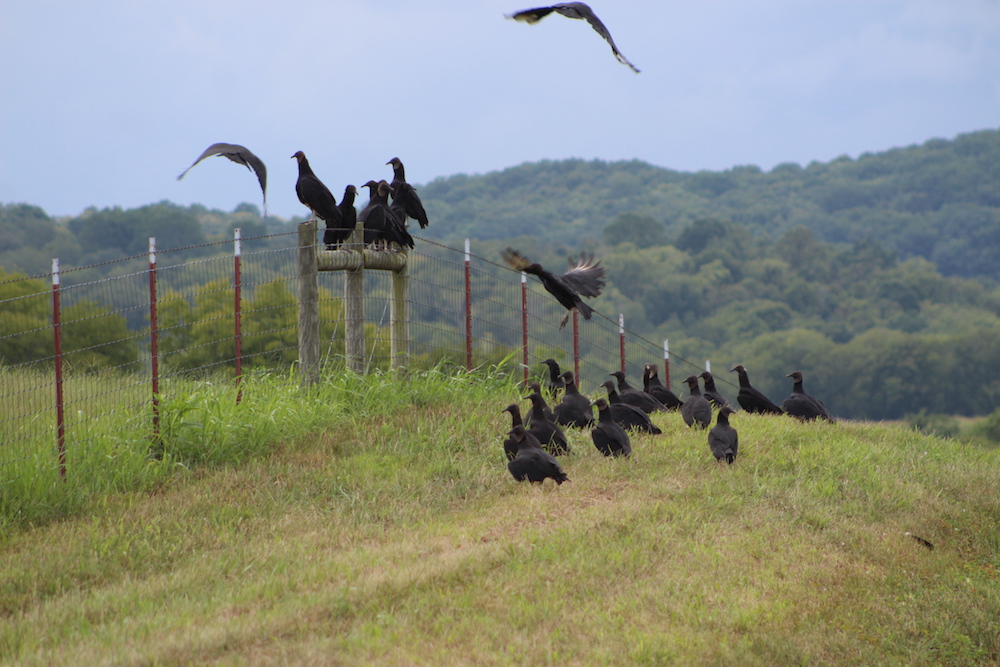 Black vulture attacks on livestock are a serious issue for Tennessee producers. In the past three years, Tennessee Farm Bureau members have reported 700 losses of livestock to black vultures.

Unfortunately, producers are limited in legal methods of removing problem black vultures since they are protected under the federal Migratory Bird Treaty Act. Previously, the only legal option to protect livestock from depredation was to apply annually for an individual black vulture depredation permit at the cost of $100.

Tennessee Farm Bureau has worked with both state and federal elected and agency personnel to seek an alternative to legally protect livestock from black vultures.

We are pleased to announce the Tennessee Farm Bureau Federation (TFBF) Board of Directors has obtained a statewide depredation permit for black vultures from the United States Fish and Wildlife Service (USFWS). We are proud to provide this service and added benefit to our members for the fourth year.

Applicants must agree to follow all rules and regulations required by USFWS in the TFBF statewide permit including:

Sub-permits will be issued to livestock operations only. Applications will be scored based on the information provided regarding past depredation history, proximity of black vulture roosts, number of livestock on the farm and the general livestock density of the area based on the most recent Tennessee Agricultural Statistic Service.

Producers approved for sub-permits will receive:

1. A signed approval and sub-permit
2. An allotted number of black vulture “takes”
3. A copy of the TFBF statewide depredation permit
4. Guidelines for removal methods
5. A black vulture dispatch log